Back to catalog
Lot 85 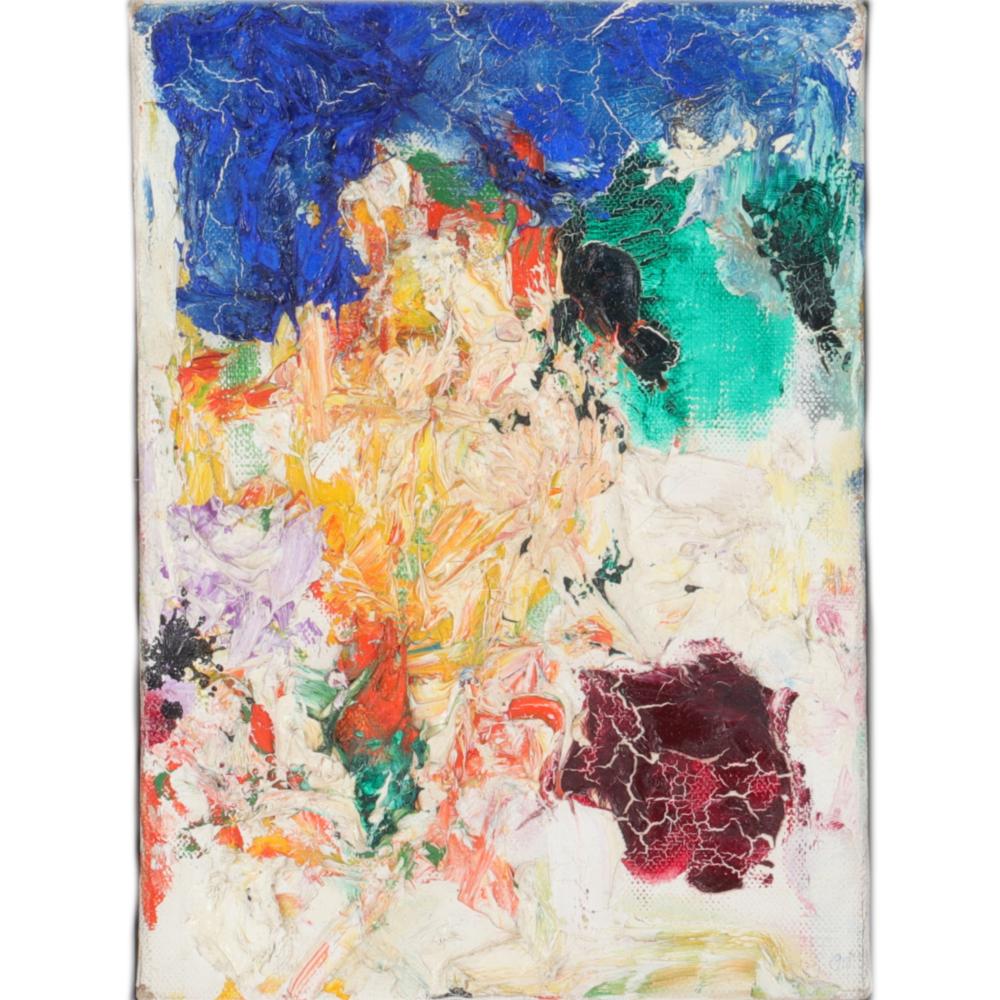 From the archives of AskArt: Goldfarb studied at The Art Students League in New York, before moving to Paris in 1954, where she fell in love with the city and would remain until her death 26 years later. The exhibition also features her monumental canvases from the 1960s and 1970s. These works illustrate her delicate treatment of light and color; a consideration prompted by the unique qualities of her newly adopted city.

Embracing the connection between art and life, Shirley Goldfarb's paintings run parallel to her longstanding practice of journaling and recording video; documenting life in the café, at home and in the studio and providing a portrait of the unique persona she created after moving to France.

A selection of this ephemera illustrates her place within the social milieu surrounding the many artists, poets and intellectuals that inhabited the cafés of postwar Paris.