Back to catalog
Lot 81 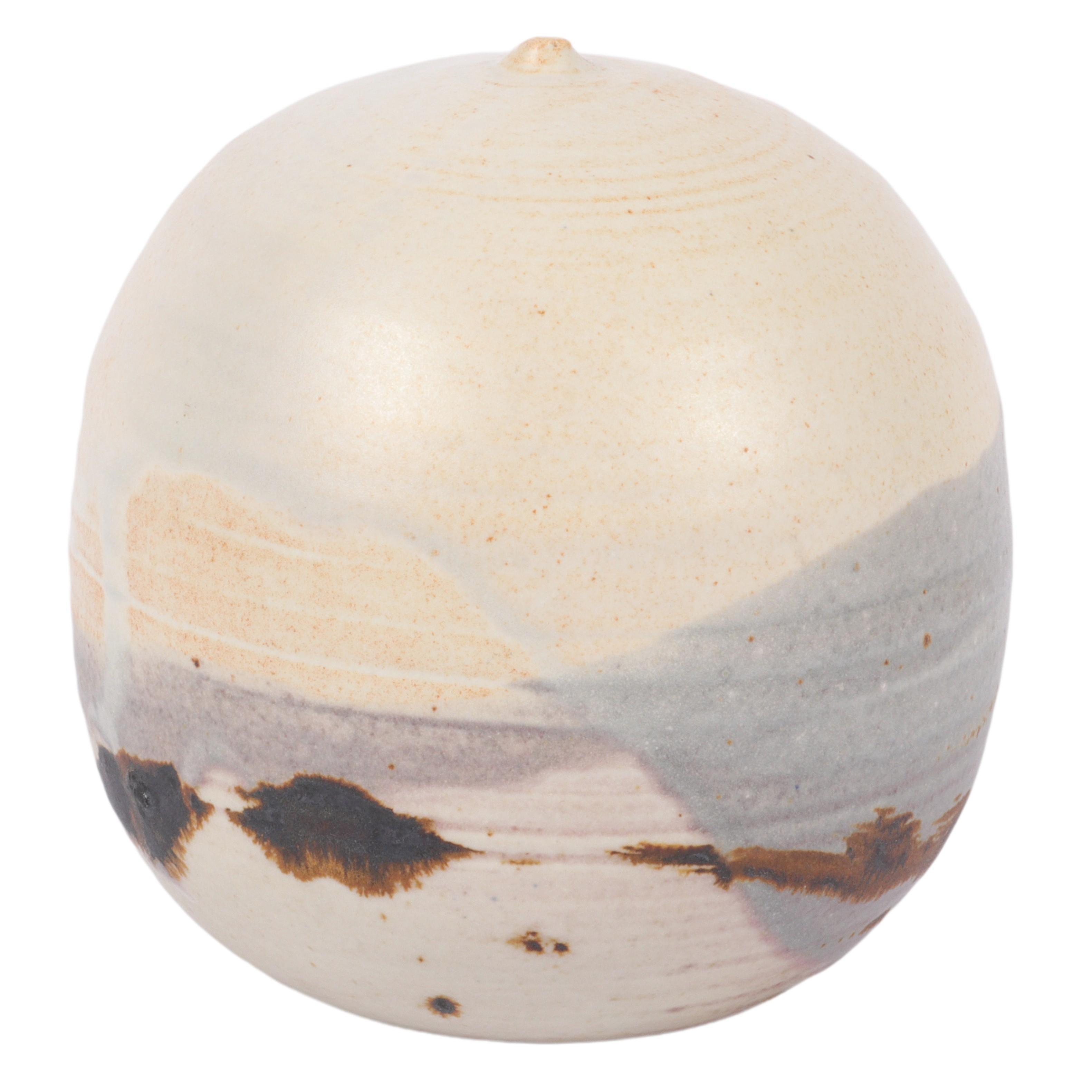 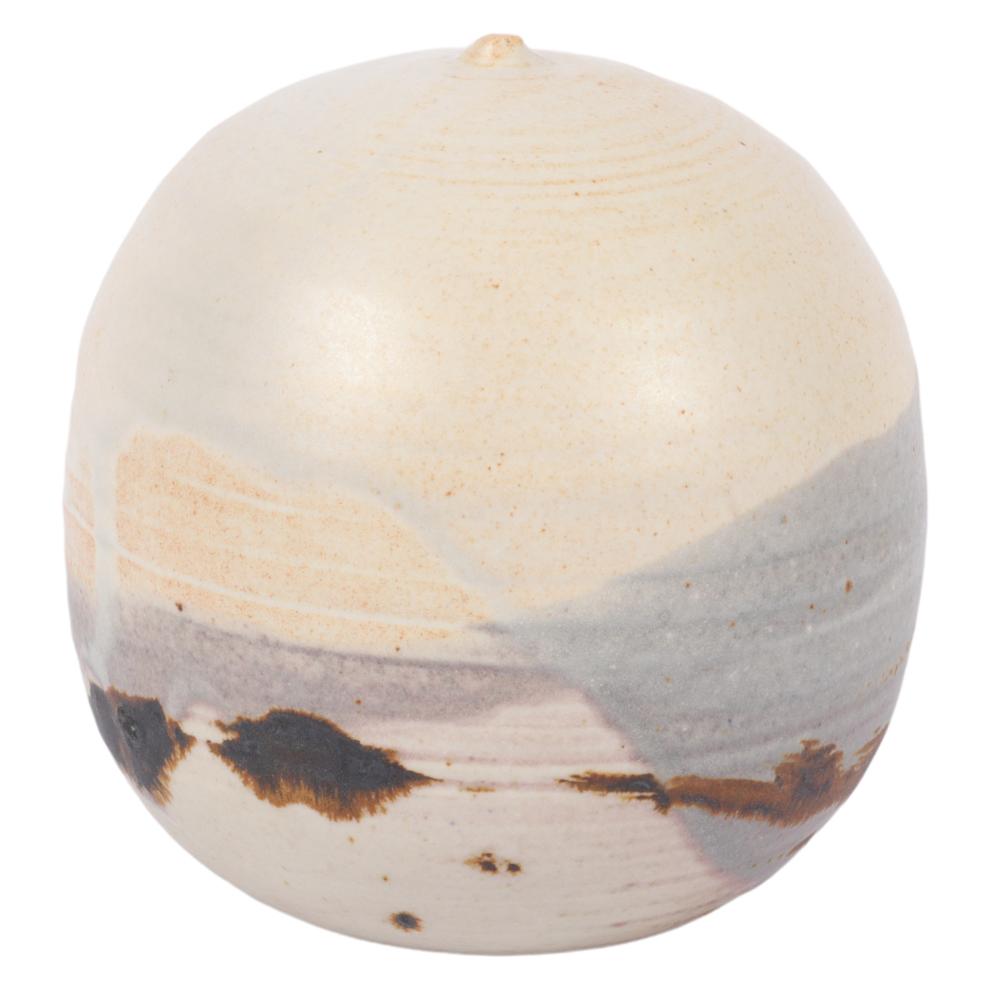 Following is the obituary of the artist, The New York Times, March 19, 2011
"Toshiko Takaezu, Ceramic Artist, Dies at 88" By WILLIAM GRIMES

Toshiko Takaezu, a Japanese-American ceramist whose closed pots and torpedolike cylinders, derived from natural forms, helped to elevate ceramics from the production of functional vessels to a fine art, died on March 9 in Honolulu. She was 88.

Her death was confirmed by Scott Ashley, the associate director of the Perimeter Gallery in Chicago.

In her stoneware and porcelain works, some small enough to fit in the palm of one hand, others monoliths more than six feet tall, Ms. Takaezu blended the expressive bravura of painters like Jackson Pollock and Franz Kline with the calm, meditative quality of traditional Japanese pottery in forms suggestive of acorns, melons or tree trunks.

Her work is in the collections of the Smithsonian American Art Museum; the Museum of Fine Arts, Boston; and the Los Angeles County Museum of Art.

Early in her career she made traditional vessels but in the late 1950s, strongly influenced by the Finnish ceramist Maija Grotell, she embraced the notion of ceramic pieces as artworks meant to be seen rather than used. She closed off the top of her vessels, leaving a vestigial nipple-like opening and creating, in effect, a clay canvas for glazing of all kinds: brushing, dripping, pouring and dipping.

She became known for the squat balls she called moon pots; the vertical "closed forms," which grew sharply in height in the 1990s; and thin ceramic trunks inspired by the scorched trees she had seen along the Devastation Trail in Hawaii's Volcanoes National Park. At times Ms. Takaezu exhibited the moon pots in hammocks, an allusion to her method of drying the pots in nets. She also cast bronze bells and wove rugs.

Strongly influenced by her study of Zen Buddhism, she regarded her ceramic work as an outgrowth of nature and seamlessly interconnected with the rest of her life. "I see no difference between making pots, cooking and growing vegetables," she was fond of saying. Indeed, she often used her kilns to bake chicken in clay, and dry mushrooms, apples and zucchinis.

Toshiko Takaezu (pronounced Toe-SHEE-ko Taka-YAY-zoo) was born on June 17, 1922, in Pepeekeo, Hawaii, the middle child of 11. Her parents were Japanese immigrants from Okinawa. She studied art at the University of Hawaii at Manoa, but in 1951 enrolled in the Cranbrook Academy of Art in Bloomfield Hills, Michigan to study with Ms. Grotell, a strong believer in experimentation and in allowing students to find their own way.

During a visit to Japan with one of her sisters in 1955, Ms. Takaezu spent time in a Zen monastery and with some of Japan's most eminent traditional potters.

"You are not an artist simply because you paint or sculpt or make pots that cannot be used," she told a writer from Ceramics Monthly in 1975. "An artist is a poet in his or her own medium. And when an artist produces a good piece, that work has mystery, an unsaid quality; it is alive."

Ms. Takaezu was an influential teacher, both in the classroom — where she insisted on the high calling of the ceramist by repeating the mantra "no ashtrays, no souvenirs" — and in the studio, where she took on apprentices throughout her career. She taught at the Cleveland Institute of Art for nearly a decade after returning from Japan and for 25 years at Princeton, where she helped to develop the visual art program. She retired from Princeton in 1992.
She is survived by two brothers and four sisters.

Her work was the subject of a traveling retrospective that originated at the National Museum of Modern Art in Kyoto in 1995 and the exhibition "The Poetry of Clay: The Art of Toshiko Takaezu" at the Philadelphia Museum of Art in 2004. "The Art of Toshiko Takaezu: In the Language of Silence," edited by Peter Held, is scheduled to be published by the University of North Carolina Press in April.